Since 2010, every July 18, World Listening Day has been celebrated with the purpose of making us reflect on how the different sounds of the environment affect our daily lives, as well as the possible solutions to the problems they generate.

At Auditec we are very aware of this and, for this reason, we offer the ideal solution to each patient, being able to provide the maximum sound information to each hearing loss and improving their quality of #hearing.


As a curiosity of this event, we highlight that this world day was created in 2010, at the initiative of the organizations World Listening Project and Midwest Society for Acoustic Ecology (MSAE).

The selection of the date is related to the anniversary of the birth of the Canadian composer Raymond Murray Schafer, on July 18, 1833. 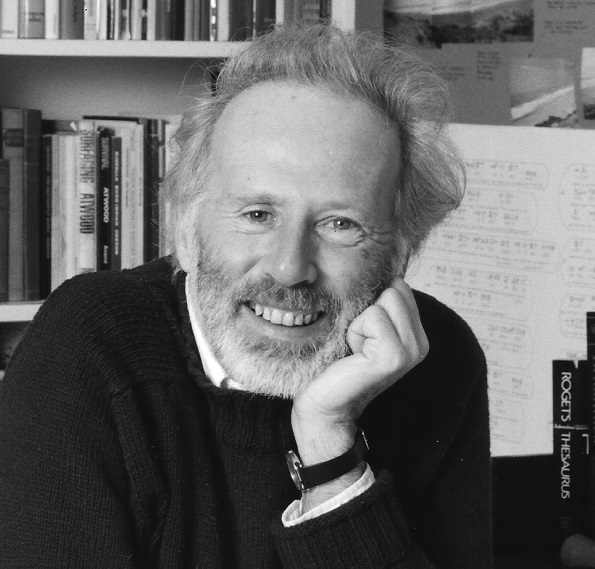 Schafer was a composer, writer, musical educator, and environmentalist. He created the World Soundscape Project or "World Musical Landscape Project", and made several contributions to acoustic ecology.


With this motto, it is invited to explore the importance of listening through the branches of knowledge, transcending all geographical and technological borders.

Also, discover other areas and ways of listening, connecting the world with existing and changing soundscapes.

Organizations around the world take advantage of this day to carry out outdoor activities related to listening to the soundscape to become aware. In addition, they focus on the recognition of all the sounds that surround us and their effects or study of the sounds of nature, thus encouraging the formulation of critical judgments about the sounds that are heard.

When the summer season begins, baths in the pools and vacations by the sea begin. Until then, we did not think about how important it is to take care of our ears to avoid infections and discomfort, especially for people who have suffered from them in previous summers.

First of all, we will recognize what is the need of each of the patients since, depending on it, we will have to recommend a cap or other type of protection.

For this reason, it is important that the patient go to a professional in the audiological sector who will guide him on what type of mold, plug or hearing protection will be the most appropriate in his case. Once the type of protection has been selected, protections will be made completely tailored to the ear.

To keep our ears completely dry, we recommend the use of custom-made plugs accompanied by neoprene bands, whose dual function will be to isolate the ears from the water and protect the bath plugs from falling out (especially in the case of children). These bands can not only be used in summer, but they are also ideal for winter, since their material (high-density neoprene) insulates from the cold, being very suitable for sports or leisure in the snow. Neoprene bands are marketed according to sizes and there is a wide variety of colors. It is advisable to opt for those of guaranteed quality and avoid imitations. Both the swim caps and the neoprene bands must always be kept clean and dry, so it is important to wash and dry them after each use.

To facilitate the hygiene of any type of prosthesis or hearing protector, it is advisable to use materials that are easy to clean and maintain.

Another useful recommendation for earplugs is that they float and are brightly colored, easily visible in aquatic environments. Thus, if for any reason they fell into the water, they could be easily recovered without the need to dive.

The most common risk to which we are exposed by not wearing hearing protection is infection and some of the symptoms are: Pain when the ear is pulled or pressure is exerted on the part of the external ear that protrudes in front of the ear canal (tragus), itching inside the ear, discharge from the ear, redness and swelling in the ear.

Don't let anything ruin your long-awaited summer vacation, and go to your hearing center to ask for your bath molds.

You can lose up to 90% of the nerve fibers in the cochlea due to the frequent use of earbuds, according to a study

Earbuds, even if used at a moderate volume, can cause permanent hearing damage.

Researchers at the Eaton Peabody Laboratory at Harvard Medical School in the United States have discovered that up to 90% of the nerve fibers in the cochlea can be lost without losing the ability to detect sounds in quiet environments, however , if there is background noise, the hearing capacity is greatly diminished. That is, the hair cells of the inner ear may be perfectly healthy, but the hearing decreases because there has been damage to the synapse or neuronal nerve impulse.

Earbuds generate high intensity, damaging sound waves directly into the cochlea, even at moderate volumes. To date, there is no treatment to repair cochlear nerve damage, so researchers strongly advise caution in its use.

"The nerve fibers can't be reconnected," explains Charles Liberman, director of the Eaton Peaboy Laboratory and head of the study. "They stop reacting to sounds, and after a few months or years, the rest of the neuron is gone."

For decades, scientists have investigated almost exclusively the behavior of hair cells as indicators of hearing loss. Now, a study published by the American Acoustical Society has found that there is also "hidden hearing loss," providing a new approach to hearing protection.

The sound waves travel through the middle ear to the cochlea located in the inner ear, where the hair cells are stimulated. The organ of Corti, inside the cochlea, then transforms the physical movement of the hair cells into electrical impulses that reach the brain. It is in this part of the process where the new discoveries reside.

To reduce the risk of hearing impairment, it is recommended to use earphones instead of ear buds. These provide a more natural sound and attenuate direct sound input to the inner ear.

Also, experts suggest not forgetting the golden rule 60 by 60: do not turn the volume up more than 60 percent or listen for more than 60 minutes.

Working in a noisy environment for a long time increases the risk of hearing difficulties as well as tinnitus, an independent study in Britain shows, among 12,907 British men and women from 34 medical practices and the armed forces.

Men are more likely to develop hearing loss due to noise than women according to studies conducted in 2009 in the United States. Married Caucasian men in particular are at greatest risk.

These results obtained are related to the fact that there are more men than women who have been exposed for a very long period to excessive noise levels in their jobs. Compared to just 3% of women who had been exposed to loud noise in their work environment, compared to 16% of men.
Tinnitus is also directly related to noise exposure at work. The results revealed that about 14% of men experienced this condition, hearing internal ringing or buzzing in the ear while men who were not affected by noise in their work environment had this condition 3 times less. In women with only being exposed to these noises from 1 to 5 years, the incidence of tinnitus was almost 3 times higher.

According to the study, just 1 year is enough for the risk of hearing loss and/or tinnitus to increase exponentially among workers exposed to loud noise levels at work. If exposure to these noises reaches 5 years, the chances of losing hearing or suffering from tinnitus triples compared to people with jobs with low noise.

As a solution to the problem of exposure to excessive noise in the workplace, the ideal is to use hearing protectors.

What is a high frequency hearing loss?

It is a hearing loss that prevents hearing sounds at high frequencies, which are frequencies from 2,000 Hz onwards. Within this type of frequency there are sounds such as female voices, children's voices, the song of birds or some phonemes such as T, H, F O S, which makes it quite difficult to follow a conversation normally.

People with this type of hearing loss have a harder time following conversations in noisy environments, as they have no trouble hearing low frequencies like background noise.

This type of hearing loss is known as High-Frequency Sensorineural Hearing Loss or Presbycusis, and is usually caused by several factors, such as:

This hearing loss is usually caused by damage to the hair cells in the inner ear that receive sounds and convert them into signals that are transmitted to the brain by the hearing nerves.

High-frequency hearing loss is easily identified by performing a hearing test and is resolved in most cases with a hearing aid fitting.

Digital hearing aids allow us to make adjustments to be compatible with each type of hearing loss, including high-frequency hearing loss or prebycusis.